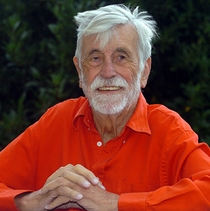 He served in the army from 1939 to 1955, and was amongst the first troops to enter the Belsen concentration camp in April 1945. In 1954, he was deeply affected by evangelist Billy Graham's crusade in London and moved to a bedsit in the deprived area of Bermondsey.

He founded the Abbeyfield and Carr-Gomm Societies, providing care and housing for disadvantaged and lonely people.

This section lists the memorials where the subject on this page is commemorated:
Richard Carr-Gomm

The plaque was erected while he was still alive.

Admiral.  Born Dundee.  Defeated the Dutch fleet at Camperdown in 1797.  This...