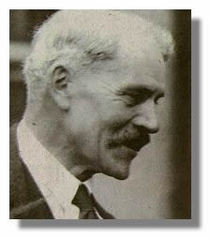 Born at Lossiemouth, on the Moray Firth, Scotland.

The first Labour Prime Minister: 1924, 1929-35. The first prime minister to give cabinet office to a woman (Margaret Bondfield).

Died on the liner Reina del Pacifico, bound for South America, following a game of deck quoits. After a public funeral in Westminster Abbey his ashes were taken to Lossiemouth and buried in the grave where his wife's Margaret's had been buried twenty-six years before.

This section lists the memorials created by the subject on this page:
Ramsay MacDonald