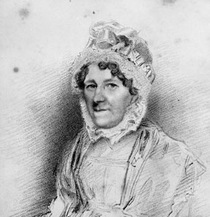 She (co-)founded the Lying-in Charity for Women; the School for Industry, for girls, built almost opposite what is now Bruce Grove Station. Coming from a banking family she was an early promoter of savings banks for those on low incomes, a Penny Savings Bank.

Most of our information from Tottenham Quakers.

This section lists the memorials where the subject on this page is commemorated:
Priscilla Wakefield

Our colleague Alan Patient took a photo of this plaque in 2008 and tells us i...

2015: Our colleague Andrew Behan has been register-diving again and writes: "...