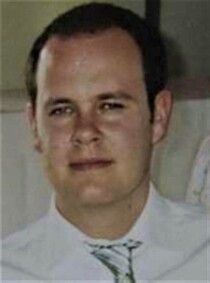 Philip Stuart Russell was born on 11 July 1976 in Pembury, Tunbridge Wells, Kent, the son of Grahame Russell and Veronica Russell née Jones. He was an asset manager for J P Morgan.

His obituary can be found on the BBC News website.

He died, aged 28 years, on 7 July 2005 whilst travelling on the lower deck of a Route No.30 bus that was targeted by a suicide bomber at Tavistock Square. The narrative verdict of his death can be found on the Coroner's Inquest Report.

This section lists the memorials where the subject on this page is commemorated:
Philip Stuart Russell

firefighters who died in Britain fighting fires (in WW2)

During 1886-7 a number of political rallies took place in Trafalgar Square. T...

Died, aged 31, when a construction crane crashed, along with Peter Clark and ...