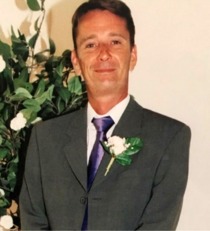 Philip Paul Logan was the eldest of the three children of John W. Logan and Joan M. Logan née Guthrie. His birth was registered in the 1st quarter of 1964 in the Croydon registration district. His parents were publicans and his sisters were Paula Logan (b.1966) and Susan Nicola Logan (b.1968).

From the Inside Croydon website we learn that on 20 September 2002 he married his wife, Marilyn, in Cyprus and electoral registers from 2003 to 2010 showed them listed at 202 Headley Drive, New Addington, CR0 0QJ.

A bricklayer/builder, he died, aged 52 years, on 9 November 2016, a victim of the Croydon tram derailment.

This section lists the memorials where the subject on this page is commemorated:
Philip Logan