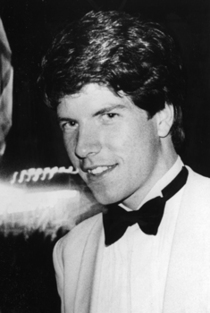 Journalist, 24. From Geddes Trust (previously geddesprize.co.uk): The awards are named after Philip Geddes, a member of St Edmund Hall {Oxford University} and a journalist of considerable promise. After graduating he joined the staff of the London Evening Standard, then moved to the staff of the Daily Express. In December 1983 he was in Harrods, the Knightsbridge store, when orders were issued for the building to be evacuated. Realising there was a story to be had, he went to investigate. He was killed by the blast from a bomb planted by the IRA. Philip Geddes was just 24.

This section lists the memorials where the subject on this page is commemorated:
Philip Geddes