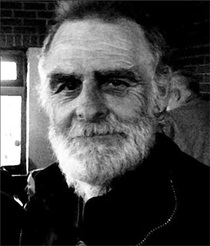 The Picture source and Transpontine explain that Pope was a local activist and was greatly valued by those who knew him.

Andrew Behan has researched this man: Death registration records provide the dates. Three family researchers on ancestry.co.uk each have an entry for this person which expands on the life of this man. John Peter Pope was born on 4 August 1949 at Haslemere Hospital, Surrey, the son of Louis Thoedore Pope and Kathleen Vera Joan Pope née Foster. He died, aged 62 years, on 11 May 2012 at Deptford and was cremated on 15 June 2012 at Hither Green.

This section lists the memorials where the subject on this page is commemorated:
Pete Pope

Barrister and local politician in Chelsea. Born and lived his entire adult li...