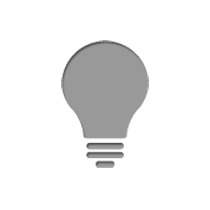 From Tottenham Quakers  "In 1798 Priscilla Wakefield founded the first "frugality bank" in England. This she founded at Ship Inn Yard in Tottenham. It was intended to help people on lower incomes to save money. There were facilities for women and children to save what they could from their income and soon it became a safe and profitable place of saving for labourers and servants. Members paid, according to age, a sum of money each month to entitle them to a pension after age 60 and money if they were sick. Children were encouraged to save a penny a month towards clothing and apprenticeships.  The immense success of this enterprise meant that similar "savings banks" spread throughout the country. They were eventually nationalised in 1865 when the Post Office Savings Bank was established. Penny savings banks continued in schools until 1919, when they were absorbed into the Post Office Savings Bank."

This section lists the memorials where the subject on this page is commemorated:
Penny Savings Bank

Our colleague Alan Patient took a photo of this plaque in 2008 and tells us i...

Claimed to be the oldest bookshop in London.

From their website: "Dorsett City is the perfect choice for business and leis...

The Twickenham plaque is mistaken about his role as founder of Twining's Tea,...