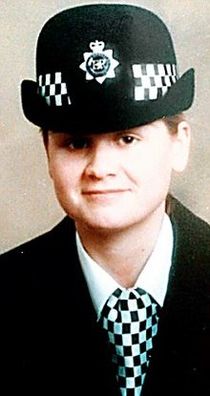 Born as Nina Alexandra Mackay, c.1972. Working in the Metropolitan Police she went to a flat to arrest a wanted man. He was a paranoid schizophrenic who had previously attacked a PC and expressed hatred of the police. Mackay forced entry into the flat and was fatally stabbed.

Her killer was sentenced to be detained indefinitely in a secure psychiatric hospital but was released after 15 years in 2012.

This section lists the memorials where the subject on this page is commemorated:
PC Nina Mackay