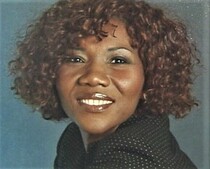 Ojara Kalu Nweke was born on 22 November 1948 in Nigeria. In 1969 she married Dr Okorafor K. Ikeagwu and they went on to have three children. The young family moved to England in 1976, settling in Luton, Bedfordshire.

She was a social worker employed by the London Borough of Hounslow and her obituary can be found on the BBC News website.

She died, aged 56 years, on 7 July 2005 when travelling in the underground tunnel of the Piccadilly Line on the London Underground Railway between King's Cross and Russell Square underground stations that was targeted by a suicide bomber. The narrative verdict of her death can be found on the Coroner's Inquest Report.

This section lists the memorials where the subject on this page is commemorated:
Ojara Kalu Ikeagwu

Tsunami in the Indian Ocean