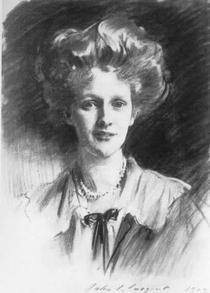 Born as Nancy Witcher Langhorne in Danville, Virginia, USA. Married Waldorf Astor (eldest son of the 1st Viscount) in 1906. Became the first woman MP in 1919. Prior to WW2 she expressed anti-Semitic and pro-Hitler opinions, along with Joseph Kennedy.

2019: A statue was unveiled in Plymouth, her constituency.

Astor was the first woman elected as an MP to take her seat. But Countess Constance Markievicz was the first to be elected, in 1918. The Irish revolutionary stood for Sinn Féin while incarcerated in Holloway prison. She won the election but did not take her seat on political grounds.

This section lists the memorials where the subject on this page is commemorated:
Nancy Astor

Vice Chairman of the Committee for the Shoreditch Town Hall Extension.

Under the feudal system the King owned all land and others could only hold it...