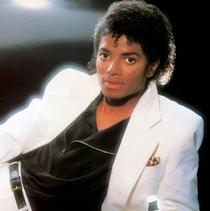 Singer-songwriter. Born in Gary, Indiana. Arguably the most successful performer of modern times. From 1965, he was the lead singer in the Jackson Five, which had four consecutive number one hits. At the same time he also pursued a solo recording career producing albums such as 'Thriller', which to date (2014) is the best selling album of all time. His appearance changed dramatically in later life, which he claimed was due to a medical condition and not plastic surgery. In 2003 he was charged with child-molestation at his ranch called Neverland, but was later acquitted. His sudden death at 100 North Carolwood Drive near Los Angeles was due to severe drug intoxication and his personal physician was convicted of involuntary manslaughter.

This section lists the memorials where the subject on this page is commemorated:
Michael Jackson