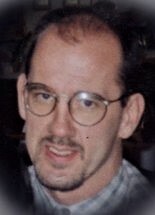 Michael James Stewart was born on 20 June 1959 in Belfast, Antrim, Northern Ireland, a son of William and Elizabeth Stewart.

While at Stirling University in Scotland in 1980, Mr. Stewart visited the USA and stayed with a host family in The Bronx, New York. There he met his future wife, but went back to Stirling to finish his studies. He returned to New York and married Diana L. Dominicci in October 1981 and they had two sons, Eamon and Francisico.

He was heavily involved in playing rugby football with his local team in East Village, New York and after obtaining a work visa he secured an entry-level position at the Bank of Scotland in New York City. He then acquired posts at Banque Indosuez, Credit Agricole and, lastly, at Carr Futures.

He and his wife divorced in 1998 and he had another son, Liam, with his fiancée Kirstin Galusha-Wild.

This section lists the memorials where the subject on this page is commemorated:
Michael J. Stewart

Marie Joanne Targett was born on 18 June 1971 in Blackburn, Lancashire, the e...