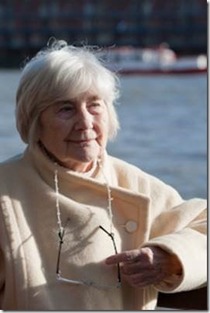 Ran a vigorous campaign in the 1980s. Set up the Turk's Head Company, a charity to improve local life, bought the derelict building from the Council and restored it.

From the picture source: " Its real movers and shakers, however, were local mothers.  Since the 1970s they had been fighting for their children to live in a safe environment. Post- war Wapping suffered from poor and unrepaired housing and following the closure of the docks, derelict warehouses and wharves. The women challenged this sense of abandonment and became advocates for residents who felt frustrated and displaced. They not only raised the money for the Turk’s Head, but ensured that it was for community benefit. Known as the “wild women of Wapping” and led by Maureen Davies, it was through their derring-do and steely determination that the Turk’s Head has survived."

This section lists the memorials where the subject on this page is commemorated:
Maureen Davies and the wild women of Wapping