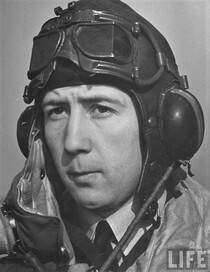 He then went on to corporate flying in Utah, USA. He died, aged 91 years on 28 May 2009 in Saint George, Washington, Utah, USA and is buried in Fort Logan National Cemetery, Denver, Colorado.

This section lists the memorials where the subject on this page is commemorated:
Luke Allen