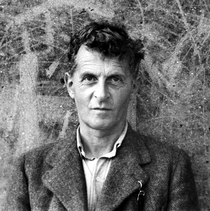 Philosopher. Born Ludwig Josef Johann Wittgenstein in Neuwaldeggerstrasse, Neuwaldegg, Vienna, into a very wealthy Jewish international family, but brought up a Catholic. Initially he studied mechanical engineering and mathematics, then moved to Cambridge to study under Bertrand Russell. 'Tractatus Logico-Philosophicus', was his only philosophy book to be published in his lifetime, and was claimed to solve all the major problems of philosophy. Died at 76 Storeys Way, Cambridge.

This section lists the memorials where the subject on this page is commemorated:
Ludwig Wittgenstein