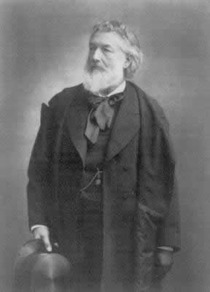 Born Scarborough, Yorkshire. President of the Royal Academy. In 1860 Leighton was a first commander of the Artists Rifles. 1892 painted some of the murals at the Royal Exchange.

Knighted in 1878. Made Baron Leighton on 24 January 1896 and died the next day, with no son to catch the barony, making his the shortest peerage ever recorded.

He oversaw the construction of Leighton House in Holland Park, which he moved into in 1866, although it functioned more as a museum, art gallery and display space for his talents than a private house. Here he lived alone, very privately, with a small, plain bedroom and there is no firm evidence of any romantic attachments of any kind. It was there that he died. The house is open to the public and, restored in 2010, well worth a visit.

This section lists the memorials where the subject on this page is commemorated:
Lord Frederick Leighton

This section lists the memorials created by the subject on this page:
Lord Frederick Leighton

Children of the Will Crooks Estate

Participants in the creation of the Will Crooks mural.

A design enterprise founded by Roger Fry and members of the Bloomsbury Group....