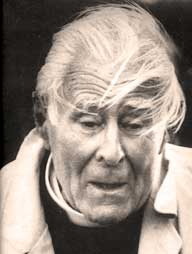 Christian Socialist and pacifist. Born 36 Knoll Road, Wandsworth. Keen sportsman but gave up cricket when (at college we think) as the bowler, he accidentally killed the batsman. As well as undertaking the usual services of a Methodist minister he took to open-air ministry (like Wesley before him). Soper began speaking at Tower Hill in 1927, every Wednesday afternoon for 90 minutes.  He drew large argumentative audiences.  In 1942 he added regular Sunday sessions at Hyde Park Speakers Corner to his open-air ministry and maintained this routine until shortly before his death. Died at home in Hampstead Garden Suburb.

This section lists the memorials where the subject on this page is commemorated:
Lord Donald Soper

Up until the end of the Napoleonic Wars in 1815 Britain and France had been a...