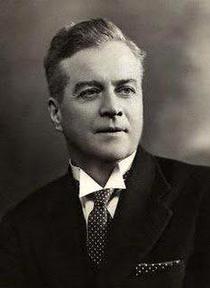 Speech therapist and actor. Born Lionel George Logue in College Town, Adelaide, South Australia. He started work as a speech therapist and actor. During the First World War, he treated soldiers returning from fighting with speech disorders as a result of shell-shock. He and his family visited England in 1924 on what was only intended to be a holiday. Whilst in London he saw the possibility of opening a speech therapy practice. He was present when the then Duke of York (later King George VI) gave his closing speech as President of the British Empire Exhibition, in which he stammered throughout. He was introduced to the royal family and served as speech therapist to the monarch until the king's death in 1952. Although relatively unknown, his name became famous when he was portrayed by Geoffrey Rush in the film 'The King's Speech'. Died at 68 Princess Court, Brompton Road.

This section lists the memorials where the subject on this page is commemorated:
Lionel Logue

In 1705 Vanbrugh completed the Queen's Theatre, named in honour of Queen Anne...

A war play by Hubert Griffith, set in WW1. Shown as a ITV Play of the Week i...

In the late 1500s plays were performed in the inn-yard. The Inn was destroy...