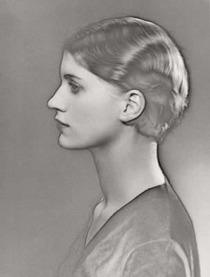 Fashion model and photographer. Born New York. Worked closely with Man Ray in Paris and worked within the surrealist movement, starring in Jean Cocteau's film "Le sang d'un poète". Married an Egyptian businessman and photographed in Egypt but in Paris in 1937 met and fell in love with Penrose, eventually moving to London with him, after having served as Picasso's muse.

She worked for "Vogue" photographing London during the blitz, the liberation of Paris and of 4 concentration camps. Married Penrose in 1947 and they bought their family up at Farley Farm, Sussex, where she died.

This section lists the memorials where the subject on this page is commemorated:
Lee Miller

foundation of the Barbican Arts Centre