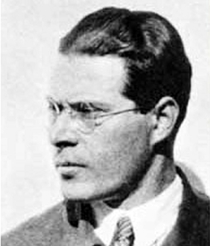 Painter, photographer and film-maker. Born László Weisz in Bácsborsód, Hungary, he changed his surname to that of his mother's lawyer friend, (Wikipedia says maternal uncle) who had helped when the father left. And then added the name of the area where he had been raised. He studied at the Bauhaus in Berlin, but following the rise of the Nazis, moved to London. He was commissioned by film director Alexander Korda to produce special effects for the film 'Things to Come'. He later moved to Chicago to beome director of the New Bauhaus.

This section lists the memorials where the subject on this page is commemorated:
László Moholy-Nagy

From Facebook: "The Secret Society of Super Villain Artists was founded in 19...

Born Southampton. A prodigy, the youngest ever pupil at the Royal Academy Sch...