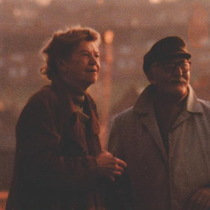 Sculptor and political activist. Born as Hester Henrietta Crouse in South Africa. Studied art and sculpture. Supported Communism and the black workers in South Africa. Travelled to Europe and drove an ambulance in the Blitz. Employed by the BBC as speaker of Afrikaans. Here she meet Orwell, who proposed, and Empson who she married, in 1941. They had two sons.

They were in China during turbulent times in 1947 when Communists took over the government. Hetta supported the Communists, learnt Chinese, reported for the Observer and continued sculpting. 1953 - 71 William was chair of English literature at the University of Sheffield and spent a lot of time there, while Hetta remained in London mixing in cultural and political circles and taking lovers. William died at the London house in 1984. Hetta died at the Royal Free Hospital.

Our image comes from 'Hetta and William: A Memoir of a Bohemian Marriage' by Jacob Empson, one of their sons.

This section lists the memorials where the subject on this page is commemorated:
Lady Hetta Empson

Our picture comes from the video of the unveiling of the Gresley statue, on R...