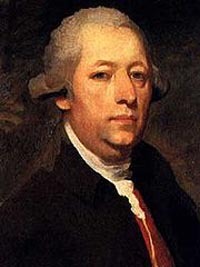 Publisher, born in London.(His year of birth is approximate). Originally he was a coal merchant and played a leading part in establishing a Coal Exchange in London. In 1782 he purchased a patent for a new method of printing from logotypes. On 1st January 1785 he started a small newspaper called The Daily Universal Register, which was renamed The Times in 1788. Retired to The Grove Teddington where he died.

Not to be confused with at least 3 other John Walters that succeeded him in the newspaper business.

This section lists the memorials where the subject on this page is commemorated:
John Walter