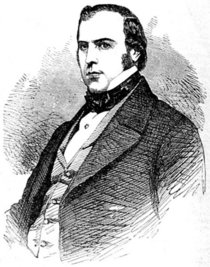 First Chairman of the Metropolitan Board of Works and thus the first Leader of local government in London.

Born Westmorland. Came to London in 1832, trained as a draper and set up his own business in 1842. Entered local government through the church, representing more than one Vestry. Sewage was an important problem at this time and Thwaites became a bit of an expert. This all led to his election to be Chair of the newly formed Metropolitan Board of Works 22 December 1855.

Not to be confused with the John Thwaites who commissioned a new sewerage system in western Victoria, Australia, in 2003. Wonder if he knows of his illustrious name-sake?

This section lists the memorials where the subject on this page is commemorated:
John Thwaites