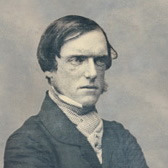 Founder of Canterbury, New Zealand. Born Dublin. Travelled extensively in Ireland and North America and so was asked to found a Church of England colony in New Zealand. After living there for two years he returned to England and worked for several newspapers mainly writing about colonial reform. Died at home in Gloucester Place.

There is a statue of him in Cathedral Square in Christchurch, New Zealand.

This section lists the memorials where the subject on this page is commemorated:
John Robert Godley

Formed under the London Government Act 1963, by the merger of the Municipal B...