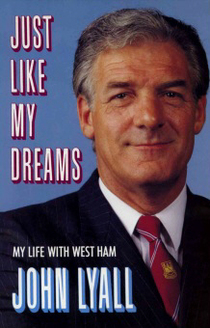 Footballer and football manager. Born John Angus Lyall in Ilford, Essex. He joined West Ham United as a groundstaff boy in 1955, played for the youth team and was promoted to the main squad in 1959. His playing career was terminated by a serious knee injury. Following a term as youth manager, he was promoted to manager of the league team in 1974. After fifteen years, he took over the management of Ipswich Town. Died at his home in Tattingstone, Suffolk.

This section lists the memorials where the subject on this page is commemorated:
John Lyall

This was the 12th Men's Cricket World Cup, held four-yearly, and was contende...

Wisden's Almanack, the 'Bible of Cricket' was first published by John Wisden....

Football Manager. Born in Swindon. His family moved to London, where he playe...