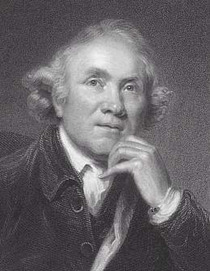 Pioneer anatomist and surgeon. Born in East Kilbride, Scotland. He left school at the age of 13 and after an unremarkable childhood, journeyed south to London to work as a dissector for his brother William, a teacher of anatomy. He studied surgery at Chelsea and St. Bartholomew's Hospital.

He was a pupil and house surgeon at St George’s Hospital at Hyde Park Corner  from 1754 and in 1768 was appointed to the staff as a surgeon. He was a distinguished teacher and amongst his students was Edward Jenner.

His interest in surgery grew to such an extent that he formed a collection of 10,500 anatomical specimens, initially accommodated in his house in Leicester Square, now at the Hunterian Museum at the Royal College of Surgeons. He was elected a fellow of the Royal Society in 1767 and has been called the founder of scientific surgery.

He collapsed and died at a meeting of St George’s Board of Governors at which he was involved in a heated discussion over the admission of students.

Londonist has mapped John Hunter's London, showing not just the memorials but all the important locations in his life. And the Library Time Machine has pictures and information about his house in Earl's Court.

This section lists the memorials where the subject on this page is commemorated:
John Hunter

{The front of the stone plinth is inscribed:} Hunter {On a plaque attached ...

Born in Old Meldrum, Aberdeenshire. Physician who discovered that elephantias...