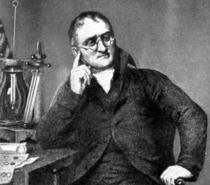 Chemist, physicist, and meteorologist. Born Cumberland into a Quaker family. Achieved a high level of education early and became a teacher of science at a Quaker college. He made meteorological measurements on mountains and estimated their height. Colour blind himself he studied colour vision. Studied gases and postulated laws including one concerning partial pressures that became known as Dalton's Law. Most famously he proposed the modern atomic theory and began the study of atomic weights.

This section lists the memorials where the subject on this page is commemorated:
John Dalton

In 1856 this building was purchased by the Vestry Council of St Margaret and ...