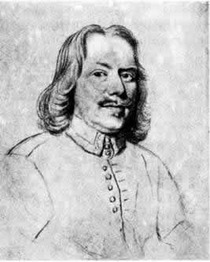 Born Elstow, Bedfordshire. A tinker by trade he became a travelling preacher. Unlicensed he was imprisoned 1660-1672. Wrote The Pilgrim's Progress. Died of a fever at Snow Hill, Holborn and is buried in Bunhill Fields. His will, dated 1685, lay undiscovered in his house in Bedford, hidden behind a brick in the chimney, until that was demolished in 1838.

This section lists the memorials where the subject on this page is commemorated:
John Bunyan