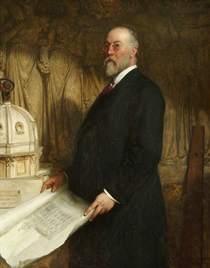 Housing developer. Son of William Jefferies Collins. He and his brother Herbe...

Architect: for the Royal Free Hospital in 1895.