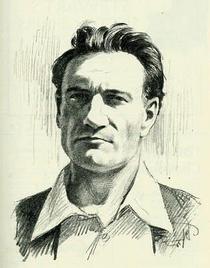 Etcher and painter. Born at Newmill, Foveran, near Newburgh, Scotland. Self taught artist, he printed his early etchings using a mangle. He was an artist at the western front in World War I, and was appointed official war artist to the Palestine Expeditionary Force. After marrying the artist Marguerite Huntsberry, they moved to New York and he became an American citizen. Died at his home El Foolk, Tangier, Morocco.

This section lists the memorials where the subject on this page is commemorated:
James McBey

Artist. He describes himself as 'a figurative, expressionist painter who is c...