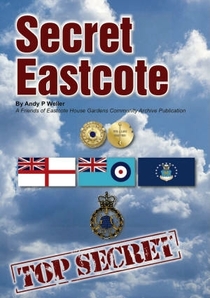 Code name of a Ministry of Defence site in Eastcote, West London. Also known as RAF Eastcote, RAF Lime Grove and Outstation Eastcote. In WW2 the government constructed a military hospital here in preparation for casualties from the D-Day landings but it was never used for this purpose and instead became an outstation of the Bletchley Park code-breaking operations. Bletchley Park itself moved here in 1946. 1952-4 the operations were moved to Cheltenham.

1954 -77 the London Communications-Electronic Security Agency security agency was based here. In the 1950s and 60s the site was also used for an American school, serving a nearby military base, and a number of clinics. The Americans continued to use the site until its closure. The dates we give are approximate.

This section lists the memorials where the subject on this page is commemorated:
HMS Pembroke V

Politician.  Born at Durham. Ennobled by the death of his father in 1873. Lor...