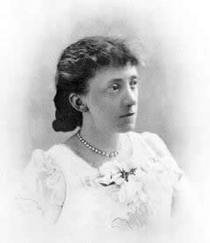 Starting as secretary to Richard D'Oyly Carte she quickly became an essential part of the business. They married in 1888 and she continued her management role through their marriage and after his death, only giving up management of the theatre in 1909 through illness.

Considered as the foremost business woman of her era.

This section lists the memorials where the subject on this page is commemorated:
Helen Carte

Co-owner and director of the Bryant and May match factory.