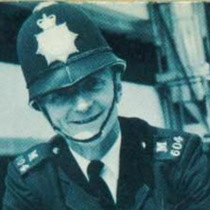 Born 48A Lower Road, Rotherhithe. Married and joined the Met Police in 1952. Served as a police constable at Carter Street Station for 29 years, until he retired in 1983. He was a well-known and popular local bobby on his bike. In 1980 he began writing, and was said to be the James Herriot of the police force. Died in King's College Hospital, Denmark Hill.

At Southwark News we discover that Cole founded an award: The Probationer of the Year shield.

Has an entry in the Oxford Dictionary of National Biography (you may need your library number for access).

This section lists the memorials where the subject on this page is commemorated:
Harry Cole

It was from this underground bunker that the air defence of London and the s...