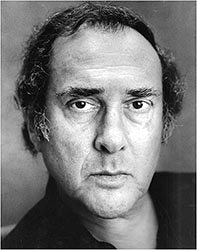 Playwright, actor and director. He trained and performed as an actor before taking up writing. His first play to be produced in London's west-end, 'The Birthday Party' was received with almost universal dislike. It however sealed his reputation and was followed by 'The Caretaker', and 'The Homecoming' which have since become modern classics. Along with many other plays he also wrote the screenplays for several ground-breaking films. He was made a Companion of Honour in 2002 and awarded the Noble Prize for Literature in 2005. Died at the Hammersmith Hospital.

This section lists the memorials where the subject on this page is commemorated:
Harold Pinter

Translated Pepys's diary (written in one of the versions of shorthand used at...