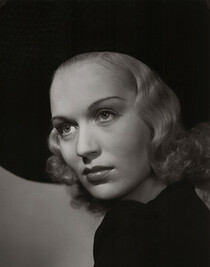 Actor. Born as Margrethe Woxholt in Oslo, Norway. Was in Britain aged 5 but by age 12 she was back in Oslo performing as a dancer. 1934 she returned to Britain to promote her film career.

The IMDB lists 61 acting credits, 1934-64, mainly in British films. "After retiring from the screen she lived in a luxury Kensington property known simply as 'Mrs Moore' and her career was sadly forgotten when she died".  Married 4 times. Died in London.

This section lists the memorials where the subject on this page is commemorated:
Greta Gynt

Cinema. Originally opened by Montagu Pyke in 1910 as the Piccadilly Cinematog...

Actor. He first came to fame, playing Han Solo in the Star Wars films. He wen...