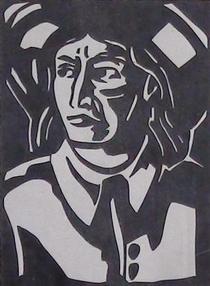 Protestant reformer, political philosopher, and activist. Co-founder of the True Levellers. Born Wigan. 1630 came to London, became an apprentice and, 1638, a freeman of the Merchant Taylors' Company. 1643 bankrupt and moved to Surrey.

Published pamphlets which, based on the bible, argued for the common ownership of land. 1649 He and his followers took over vacant or common lands in a number of counties and cultivated them. 1650 local landowners used force to end this.

His father-in-law helped him recover financially. About 1664 he returned to London trade.

This section lists the memorials where the subject on this page is commemorated:
Gerrard Winstanley

{Plaque near the entrance to the alley:} This project was carried out with Fr...

Local people fought and won against office development and created The Caltho...

The Epping Forest Act placed all the commons and forest in the parish of Eppi...

The Friends of Burgess Park are an association of people and other interested...