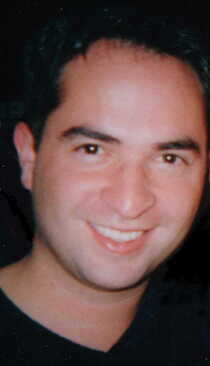 He studied at both Queen Mary College, London and at Aston University, Birmingham.

In 1999 he moved to New York, working for Reuters as a Director and Managing Consultant for their Business Consultancy Arm. He was engaged to Caroline Burbank and they lived in Manhattan.

He died, aged 31 years, on 11 September 2001 whilst attending a conference on the 106th floor of the North Tower, 1 World Trade Centre, New York, USA.

This section lists the memorials where the subject on this page is commemorated:
Geoff Campbell