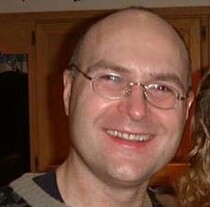 On 30 December 1953 he is shown departing from the Port of London with his parents and brothers Adrian John Eales-White b.1948 and Rupert Martin Eales-White b.1952 aboard the S.S. Strathaird of the P & O line for Fremantle, Australia. Their home address was given as Dice House, Coddington, Newark, Nottinghamshire.

On 2 January 1956 he is shown as arriving at Tilbury, Essex aboard the steamship Arcadia of the P & O Steam Navigation Co line with his parents and two brothers having travelled from Fremantle, Australia. The ship's manifest shows the family address as Lathallan School, Montrose, Angus, Scotland and his father was a school teacher.

On 14 May 1958 he and his family are shown departing Southampton, Hampshire, aboard the M/V Fairsea of the Sitmar Line of Genoa, Italy, for Melbourne, Australia. Their UK address was given as 88 Mount Ararat Road, Richmond, Surrey.

They are shown returning from Fremantle aboard the S.S. Orcades of the Orient Steam Navigation Company line arriving at Tilbury on 20 September 1960. Unfortunately the ship's manifest only gives c/o Barclays Bank Ltd, 111 High Street, Bedford as their address in England.

He was educated at the University of St Andrews in Scotland and at some time he changed his surname to Cushny, which was the maiden name of his great grandmother, Catharine Anne Eales-White née Cushny (1859-1934).

He moved to America and lived in Hoboken, New Jersey, He was employed by eSpeed as a computer programmer and worked in the offices of Cantor Fitzgerald on the 104th floor of the North Tower, 1 World Trade Centre, Manhattan, New York, USA, where he died, aged 47 years, on 11 September 2001.

Six weeks after the attack his body was found on the second floor of the building along with some firemen and it appeared  he had been killed by falling masonry. His body was buried in November 2001 at Habost Cemetery, Swanibost, Isle of Lewis, Outer Hebrides, Scotland followed by a service at St.Moluag's Church, Barvas, Eoropie, Ness, Isle of Lewis, where he and his American fiancée, Susann Brady were to have been married on 26 October 2001.

This section lists the memorials where the subject on this page is commemorated:
Gavin Cushny

Died in an accident at St Magnus House. Lived in Downham, Bromley.