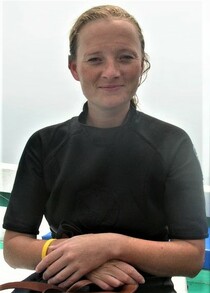 Fiona Georgina Stevenson was born on 22 June 1976 in Crewe, Cheshire. Electoral registers in 2003  show her listed at 135 Old Ford Road, London, E2 9QD. She was a solicitor at the firm of Reynolds Dawson and her obituary can be found on the BBC News website.

She died, aged 29 years, on 7 July 2005 in the underground tunnel of the Circle Line on the London Underground Railway between Liverpool Street and Aldgate underground stations that was targeted by a suicide bomber. The narrative verdict of her death can be found on the Coroner's Inquest Report.

This section lists the memorials where the subject on this page is commemorated:
Fiona Stevenson

Soldier. Born as Lee James McClure (he later took his stepfather's surname) i...