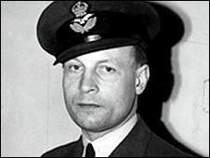 Wing Commander, GC, secret agent in WW2, codename "The White Rabbit". Born 45 Balcombe Street. Brought up in France. Served in WW1. Served in WW2 initially in the RAF but then in February 1942 he joined Special Operations Executive and became the White Rabbit. He served in France but was captured and interrogated by the Gestapo. He was imprisoned in a number of camps, including Buchenwald, and repeatedly attempted escape. He helped others escape and finally succeeded himself. Awarded the George Cross. Died at home in Paris. His wartime exploits formed the basis of a best-selling memoir, The White Rabbit (1952), by Bruce Marshall.

This section lists the memorials where the subject on this page is commemorated:
F. F. E. Yeo-Thomas

Yeo-Thomas lived here with his common-law wife, Barbara, from 1941 until abou...

Jacobite.  Taken prisoner at the Battle of Culloden.  Tried and beheaded on t...