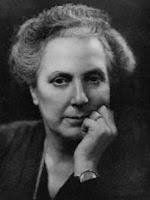 Feminist and suffragette. Born Eva Marian Spielman. In 1911 she married Francis Hubback, who was killed in WW1, leaving her with three children. 1916 - 17 director of economic studies at Newnham and Girton colleges Cambridge. Campaigned with Eleanor Rathbone for better conditions for women. President of the National Union of Equal Citizenship and was elected to the London County Council. Became Principal of Morley College in 1927 and we believe she stayed for the rest of her life.

An early advocate of birth control she was also, now more controversially, a prominent member of the Eugenics Society. Died at Edgware General Hospital.

Our picture, the only one we could find, is the Google thumbnail for an inaccessible site.

This section lists the memorials where the subject on this page is commemorated:
Eva Hubback

There are several different names which all apply to the same institution. Th...

Founded by Elizabeth Jesser Reid as the Ladies College, the first higher educ...

Founded in 1561 by Sir Thomas White and originally at St Lawrence Pountney, E...