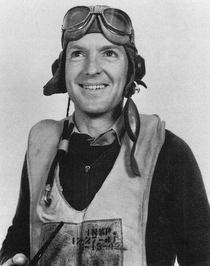 First Lieutenant Ernest David Beatie was born on 17 June 1914 in Albany, Dougherty County, Georgia, USA, the second of the four children of David Leftwich Beatie (1878-1945) and Catherine Pauline Beatie née Clark (1891-1986). The 1920 United States Federal Census shows him with his family still in Albany, Georgia, but the 1930 Federal Census informs us they were now in Militia District 1097, Dougherty County, Georgia.

In 1940 he was a service pilot in training at Tulsa, Oklahoma, USA and via the Clayton Kinght Committee he joined Royal Air Force Volunteer Reserve as a Pilot Officer. He was assigned to No.121 Squadron, initially based at RAF Kirton in Lindsey.

In the 4th quarter of 1943 he married Olga Beatrice Hughes (1913-1996) in the Paddington registration district. His squadron transferred in September 1942 to RAF Debden where later they became the 335th Fighter Squadron of the 4th Fighter Group of the Eighth Fighter Command of the United States Army Air Force. He was promoted to First Lieutenant on 23 April 1943 and transferred to the Detachment of Patients, 5th General Hospital on 29 November 1943. He became a gunnery instructor in Louisiana and Texas until the war’s end. He was awarded the Air Medal, the Distinguished Flying Cross, the Legion of Merit and the World War II Victory Medal.

After World War Two he returned to live initially in Albany, Georgia. and then worked in real estate in California. On 11 August 1953 he divorced his wife in Los Angeles, California and on 27 March 1955 he married Jewell Elinor Olson (1919-1987) in Las Vegas, Clark County, Nevada, USA. In 1957 he is recorded as residing in Fresno, California and in 1976 in Palm Springs, California. He and his wife were divorced on 21 March 1978 in Shingle Springs, El Dorado County, California.

In 1993 he is recorded as living in Cathedral City, California. He died, aged 79 years, on 29 January 1994 in Palm Desert, Riverside County, California, and his body was cremated.

This section lists the memorials where the subject on this page is commemorated:
Ernest Beatie