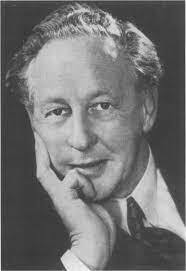 On 12 March 1919 he was initiated as a Freemason in the London Hospital Lodge No.2845, which until 1942 met at Pagani’s Restaurant, Great Portland Street, London. He gave his occupation as a student and his address as London Hospital. (The London Hospital was granted a Royal title by HM Queen Elizabeth II in 1990 to celebrate the 250th anniversary of its opening on the Whitechapel site, allowing it to be now known as The Royal London Hospital).

On 7 April 1921 he married Dorothea Cannon (1899-1978) at St Mary the Virgin Church, Bexley, Kent. The marriage register shows him as a doctor of medicine living at Hempstead House, Eastbourne, Sussex whilst her address was Mount Eagle, Bexley. They had four children: Diana Dick Read (b.1922), Elizabeth C. D. Read (b.1924), John D. Read (b.1927) and Robert N. D. Read (b.1930). When Diana Dick Read was baptised on 24 June 1924 at St Mary the Virgin Church, Bexley, the baptismal register shows the family residing at Mount Eagle, Bexley. The other three children's births were all registered in the Chertsey registration district and electoral registers from 1924 to 1938 show him listed at 'Thurlton', Chobham Road, Horsell, Woking, Surrey.

Telephone directories from 1935 to 1938 list him as Read, G. Dick, MA, MD, 25 Harley Street, London,W1, LANgham 1895 and the 1939 England and Wales Register shows him as Grantly D. Read at Ottermead, Guildford Road, Ottershaw, Chertsey, Surrey. Also registered was his wife, his wife's sister Evangeline Clara Cannon (1901-1992), his private secretary, a cook, a parlour-maid and a housemaid.

It wasn't until his final years that the hyphen appeared and his second forename became part of his surname.

This section lists the memorials where the subject on this page is commemorated:
Dr. Grantly Dick-Read

The badge was awarded to nurses who qualified from the Nightingale School at ...

Pioneer of child psychoanalysis.   Born Vienna, the sixth and last child of S...

Clinical nurse manager. Andrew Behan has kindly carried out some research on...