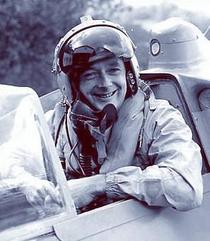 This section lists the memorials where the subject on this page is commemorated:
Donald Campbell

Plaque unveiled by Don Wales, grandson of Sir Malcolm and nephew of Donald.