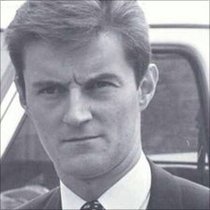 Detective Constable with the Metropolitan Police. Fatally stabbed when, although off duty, he attempted to arrest a bag thief and died, aged 26, on 13 December 1991. Posthumously awarded the Queen's Gallantry Medal. The killer was never caught and 20 years after the event an appeal was made for evidence.

James Morrison was born on 18 December 1964 in the island of Harris, Scotland and in August 1988 he married Victoria A. Peyton in the Westminster registration district. Probate records give his address to have been 11 Sheridan Buildings, Martlett Court, London, WC2 and when administration of his estate was granted on 10 December 1992 his effects did not exceed £125,000. His body was buried in Harris, Scotland.

He is also commemorated on the Police Roll of Honour that is displayed in the National Police Memorial at the junction of The Mall and Horse Guards Road, Westminster, on the Metropolitan Police Roll of Honour displayed in New Scotland Yard, Victoria Embankment and in the Book of Remembrance at the Metropolitan Police Memorial at the Peel Centre, Hendon.

2021: 30 years after the murder, the case is still unsolved and police are still asking for information. "On the night he died, Mr Morrison had been off duty and wearing plain clothes when he saw the suspect holding a briefcase outside the London Transport Museum. He challenged the suspect at around 10pm, and they threatened him with a knife before bolting. Mr Morrison cast off his overcoat and jacket to chase the suspect to India Place in Aldwych, where the man stabbed him. He was taken to St Bartholomew’s Hospital, where he was pronounced dead.... Police believe several criminals had been working together to steal items from pubs in the vicinity on the night Mr Morrison died. The officer, who served in the Met from June 1983 ..."

This section lists the memorials where the subject on this page is commemorated:
DC Jim Morrison