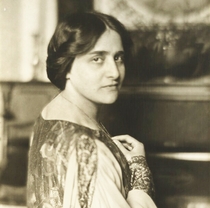 Pianist. Born Julia Myra Hess in South Hampstead. She studied at the Guildhall School of Music and the Royal Academy of Music. During WW2, when concert halls were blacked out at night, she organised lunchtime recitals at the National Gallery. These took place continuously on Mondays to Fridays throughout the war, moving to smaller venues during air raids. She had a wide repertoire, but was best known for her performances of the music of Bach, Mozart, Beethoven and Schumann. Although she was forced to retire from playing after she had a stroke, she continued as a teacher.

This section lists the memorials where the subject on this page is commemorated:
Dame Myra Hess

Singer and record producer. Born Aldershot as Michael Hayes. Worked as a si...