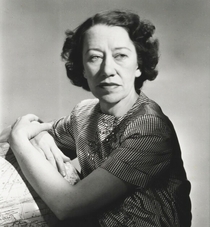 Actor. Born Flora McKenzie Robson in South Shields, County Durham. She made her stage debut in 1921, but found it difficult to obtain parts because she did not have the required good looks. She temporarily gave up acting, and worked as a welfare officer in the Shredded Wheat factory in Welwyn Garden City. In time, she was offered parts, and became leading lady at the Old Vic season in 1933. She also had great success in many films, both in Britain and Hollywood, particularly playing Queen Elizabeth in both 'Fire Over England' and 'The Sea Hawk'. Created CBE in 1952, and DBE in 1960.

This section lists the memorials where the subject on this page is commemorated:
Dame Flora Robson