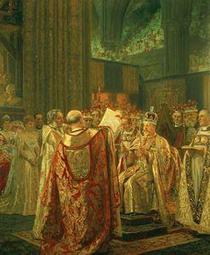 Designed by Sidney M. Cranfield, this market house replaced a similar one whi...