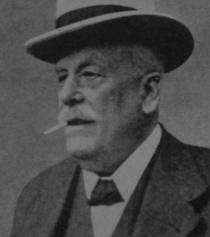 Dog show promoter. Worked as a travelling salesman for Spratt's. His first dog show was run in 1878 at the request of the French breeders at the Paris Exhibition. There followed some more on behalf of the British breeders. In 1886 he ran the first Cruft's Show, for the Allied Terrier Club, held at the Royal Aquarium, Westminster (now the Central Hall, Westminster). In 1891 the show moved to the Royal Agricultural Hall in Islington where it ran until 1939.

It is said that he preferred cats.

This section lists the memorials where the subject on this page is commemorated:
Charles Cruft